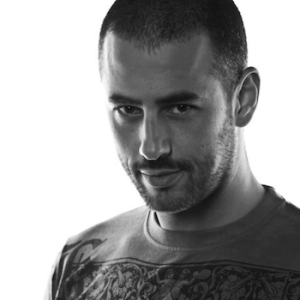 Markantonio is one of the most leading and renewed djs of the International techno scene. Flagship of Naples circuits, Markantonio starts playing with decks since he was fifteen; only four years later his talent explode in the beating planet at the feet of Vesuvius! So, in late 90’s Markantonio’s name spread around and enter the most exciting parties of Naples while record labels like Recycled Loops, Shake rec, Tortured, Conform, Superbra, get very fascinated by his tracks. In 1999, the ep “Fried Mix” in cooperation with Davide Squillace marks his official entrance into the music world and later soon comes “Appendix A”, the first record produced on Southsoul Appendix label.

Recently, Markantonio has also carried out the project “Junction Hands” born in 2006 in collaboration with Rino Cerrone, as divertissement in several happenings. The idea to “cross their hands” seems almost a provocation, a new challenge, again, launched through the awareness of their own resources and an unlimited inspiration. From this project has been created the namesake track included in the various artists “Napoli Connection” on Drumcode and the ep “Revolution is back” produced by Unrilis. In addition to the already proven duo, here comes the rampant Joseph Capriati. The three guys combine all their technical expertise through a mega show, called “Neapolitan Gangsta”. This is a real techno band promising sparks in the best international circuits!